Lithium Iron Phosphate (known as LiFePO4 or LFP) batteries deliver high energy and power density for mobile applications.  They are becoming the preferred replacement for Lead Acid Battery systems in applications where weight is important such as caravans, camper trailers, motorhomes, boats and 4WD's.

LFP batteries are expensive when compared to lead-acid but in the high initial cost is compensated by a longer service life, superior reliability and excellent efficiency.

The main benefits of lithium are:

Is the up-front expense of LFP worthwhile?

If you plan to spend most of your time on mains power rather than battery power (i.e.predominantly using powered sites) it will probably not be worthwhile to invest in Lithium.

To replace an existing battery bank with lithium batteries could initially cost you up to 2-3 times more than an equivalent lead acid/AGM battery bank and will require specific charging solutions that need to be controlled by a Battery Management System (BMS) system.  Also existing charging sources like AC battery chargers, solar regulators, alternators and DC-DC chargers may not have the ability to be controlled or programmed correctly to suit the special requirements needed for lithium batteries and updating these items would add even more cost to the conversion of your system.

A lithium battery system is the preferred option where:

There are two choices of Lithium batteries 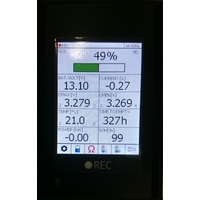 Logs & connects the BMS to your smart phone/tablet 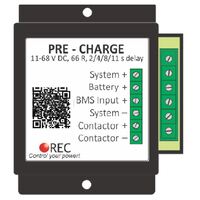